My turn on the blog today and I have a project to show you that I love. It is a box frame that I haven’t done for ages and I knew this paper was perfect for this.

Cut a 24 x 25 cm panel and cut an aperture in the centre leaving 5cm on all four sides. (I drew a line as you are not going to see this to make it easier).

Cut another panel at 24 x 25 cm and score at 2.5cm and 5 cm on all four sides. Cut away the three squares marked with a cross. Fold the box as shown and glue the tabs on the out side.

I measured the Papers 4 the same as the first panel and cut the centre out. The actual centre piece fits beautifully in the centre of the box. Adhere this onto the top of the box flaps.

I did some extra stamping on the centre piece for the box doing a second generation so it was very light.

As soon as I seen the Crackle die I was going to do this. Using a pallet knife I spread some texture paste and used the Crackle die as a stamp to give it the shape as on the paper. Once the paste dried I then went over it with ink to darken the cracks.

The wine bottle was die cut and then traced around and fussy cut for the background. Though you cannot see it there is lots of dimensional magic over the bottle to give the appearance of glass. 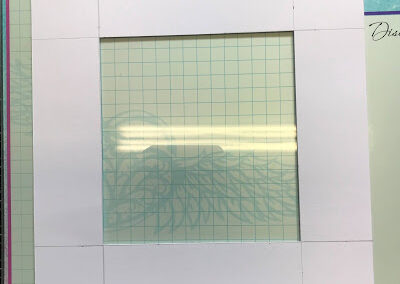 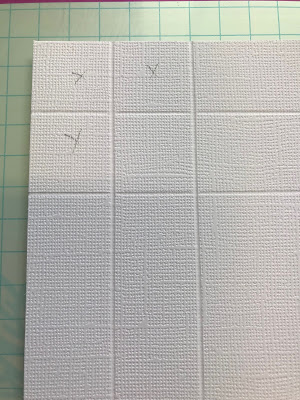 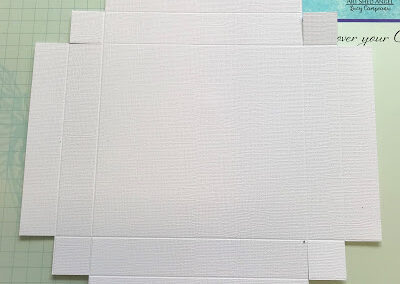 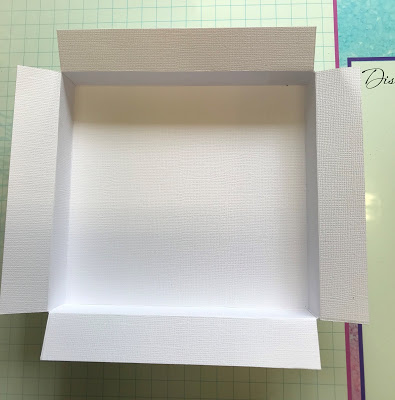 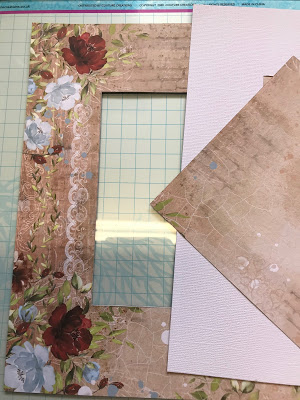 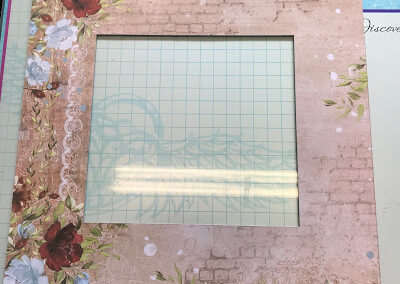 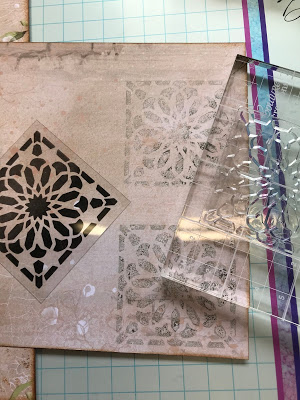 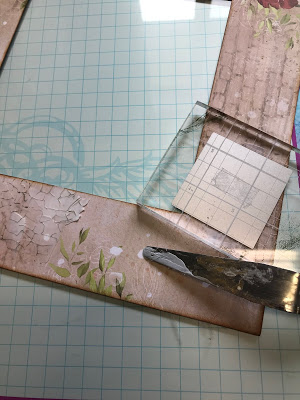 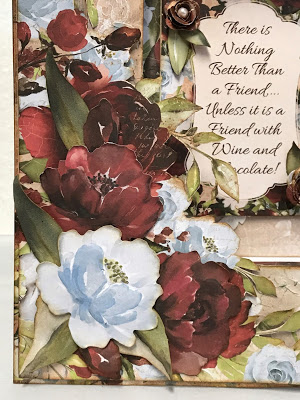 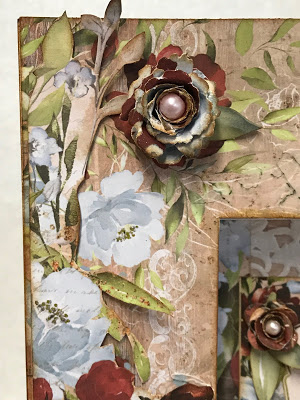 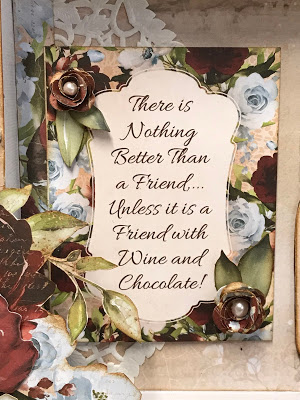 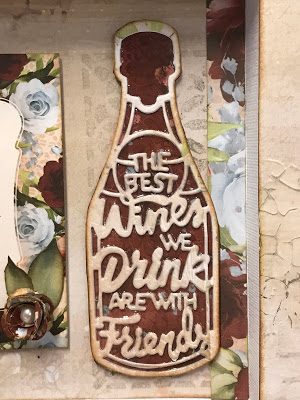 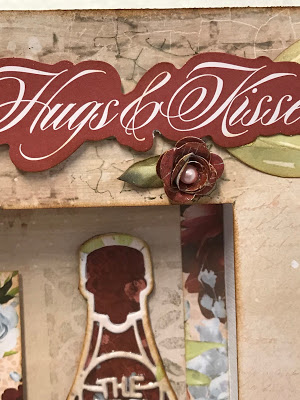 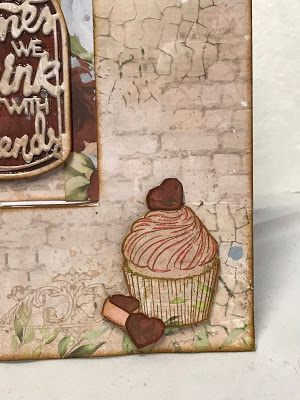 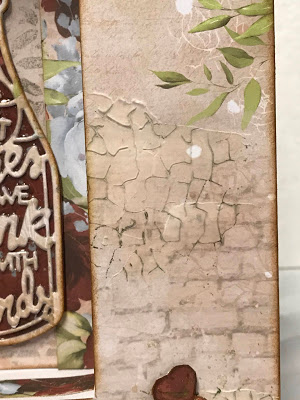 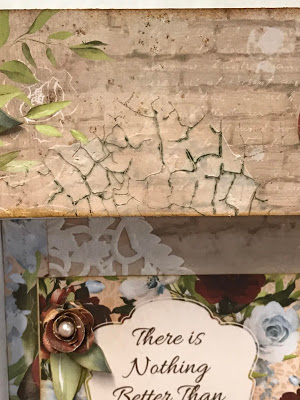 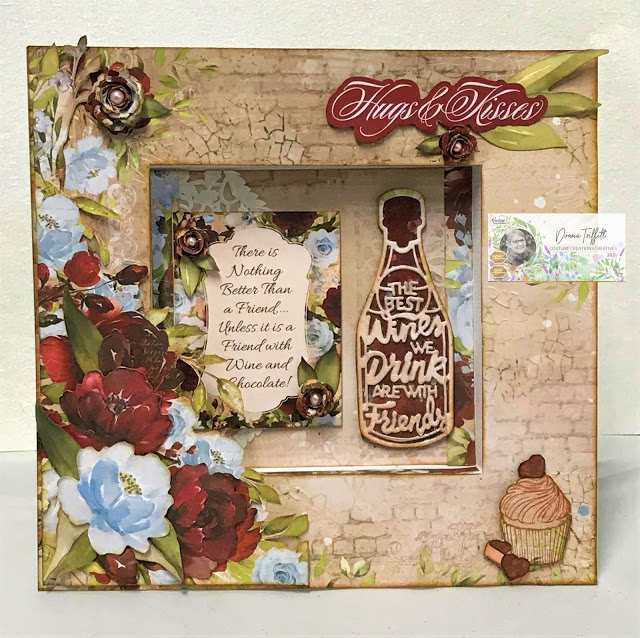 I hope I have inspired you to create glorious things – Hugs!
Donna xx