Hi everyone, it’s Cheryl with you today, and I’m sharing this card I made using the HOMELY FLORALS – Graceful Protea Stamp and Colour Acrylic Stamp Set and the Couture Creations Twin Tip Alcohol Markers. Before stamping, I masked the base off so I could add the “Congrats” greeting. I carefully measured the space I needed, then added some masking tape across the front of the blending card, but on an angle. This will differ depending on which greeting you decide to use. 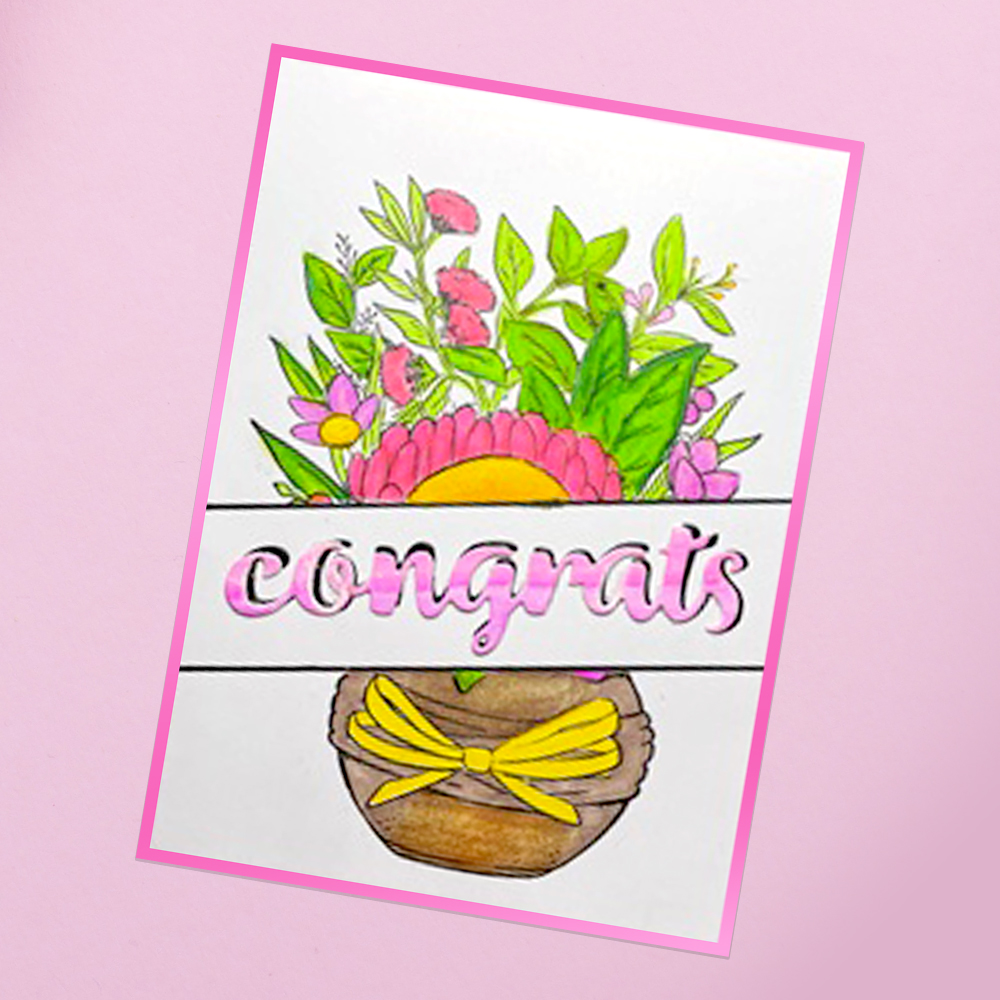 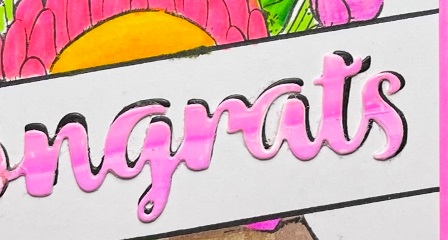 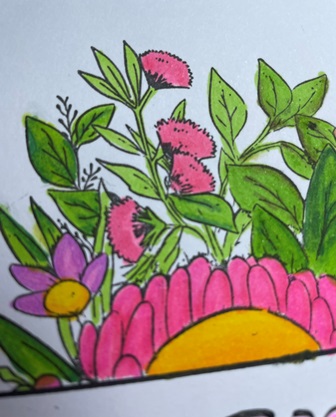 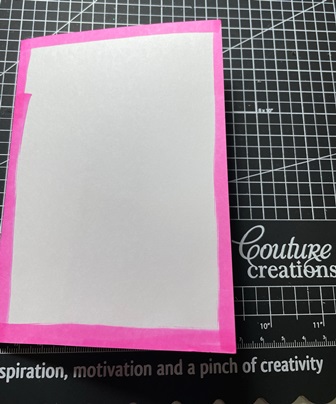 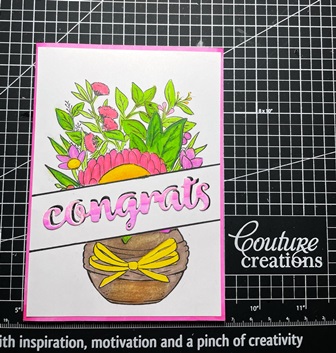 Once the masking was done, I removed the masking tape. I then took my black marker and ruled a line across the card at the edge of the stamping, on the same angle I had the masking tape. Do that for both top and bottom images. You now have a defined line for your greeting to nestle into later.

Now it’s time to colour. I used the Couture Creations Twin Tip Alcohol Markers and have listed the colours I used in their groups (i.e. flowers, vase, etc.)

When the colouring was finished, I trimmed the completed image down to fit my card base, leaving a small margin around all sides. It is now ready to add the die cut pieces to it.

Next, I cut out the “congrats” die (from the Congrats Sentiment Cutting Die Set). I cut this out using black cardstock.

For the second die cut, which would be on the top and showing, taking an extra piece of blending card, I made a couple of heavy lines using the Wisteria Alcohol Marker, then another directly underneath. I ensured the two colours joined as this would be the centrepiece. I used the Pale Pink Alcohol Marker, effectively making it an ombre colour. Once finished, I used the above die to cut it out, ensuring each colour was fairly even within the die. I joined the black cardstock to the coloured blending card, offsetting them slightly, so the greeting appeared to have a slight shadow. I then added it to the image on an angle.

It was then I discovered I had no matching cardstock for the base. Problem fixed by using one of the matching colours and running it around the outside edges of the cardstock. I used Pale Pink, which worked perfectly.  That’s it – all done.

FIND OUT MORE ABOUT THIS PROJECT & JOIN US ONLINE

LOOKING FOR A PRODUCT?
Follow this link to find a retailer:
https://couturecreations.com.au/pages/store-locator

HAVE A QUESTION?
Email us here: [email protected]

WANT TO CHECK OUT WHAT'S NEW?
Follow this link to see the newest products coming to a stockist near you...
https://couturecreations.com.au/collections/newest-products

Thanks for stopping by today. I hope you enjoyed my creations, Happy Crafting, Cheryl xx